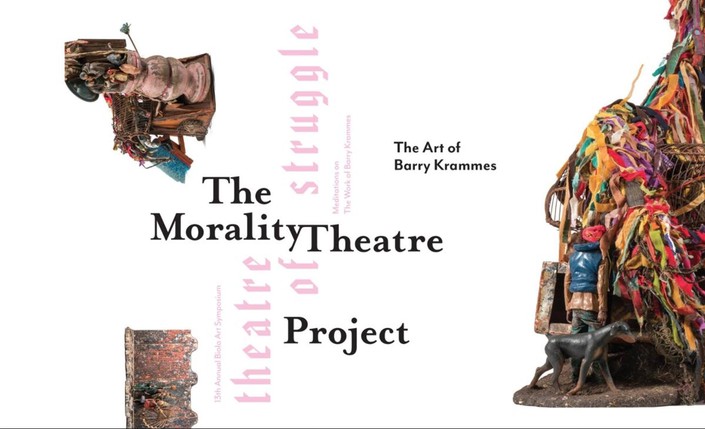 THEATRE OF THE STRUGGLE: MEDITATIONS ON THE ARTWORK OF BARRY KRAMMES
The Center for Christianity, Culture, and the Arts is devoting its 2018 annual arts symposium to the artwork and career of retiring art professor Barry Krammes.

To view videos from the symposium.

Dan Callis III
Professor of Art/Drawing and Painting, Biola University
Dan Callis III has been professionally active in the art community since 1983. He exhibits regionally and nationally on an ongoing basis and has had his work included in international exhibitions in England and Italy. He received his MFA from Claremont Graduate University in 1986. On faculty at Biola University since 1987, he has also taught at USC and a number of area community colleges. He currently maintains a studio in downtown Los Angeles. His work is heavily influenced by a social consciousness that informs the subject matter as well as the process. Issues ranging from developmental disabilities, ecological stewardship and faith-based narratives are evidenced in the work on an ongoing basis.

Christina Valentine
Art Historian, Critic, Writer and Curator
Christina Valentine is an art historian, writer, and curator, and runs the day-to-day operations of ZgPress. She has written for many art publications including Art/Text, Flash Art, & Image Journal as well as catalog essays & exhibition reviews for Lynn Aldrich, Nicole Cohen, Noble & Webster at Gagosian, and Matt Byloos. With degrees from Occidental College and ArtCenter, and as a veteran of the education department of the UCLA Hammer Museum, she is the driving force behind ZgPress’ mission to meaningfully redefine the interconnections among artists, writers, and the institutions that support them.

Cameron Anderson
Executive Director of CIVA
Artist and Author
Cameron Anderson is an artist, writer and the Exectiive Director of CIVA (Christians in the Visual Arts). Cam earned an M.F.A. in painting and drawing from Cranbrook Academy of Art in Bloomfield Hills, Michigan, and completed additional graduate work at the University of Wisconsin-Madison in art history and art criticism. Prior to joining CIVA , Anderson served as the National Director of InterVarsity Christian Fellowship’s Graduate & Faculty Ministries. In 2016, the M.J. Murdock Charitable Trust invited him to be their Visiting Senior Scholar. Recently he completed his first book The Faithful Artist: A Vision for Evangelicalism and the Arts (InterVarsity Press).

Marianne Lettieri
Member of the CIVA Board of Directors
Artist and Arts Administrator
Marianne Lettieri is a studio artist and curator with significant experience in marketing communications, event planning, and non-profit arts management. She creates mixed media constructions and art installations that investigate individual and cultural values associated with everyday objects. Recent solo exhibitions include Reflections at Museum of Craft and Design, San Francisco (2016), House/Work at Peninsula Museum of Art, Burlingame, CA (2015), and Evidence of Life at Doug Adams Gallery, Berkeley, CA (2014) She is the 2017 recipient of the SVLaureate award for achievement in the arts and contribution to the cultural life of Silicon Valley. Marianne has an M.F.A. from San Jose State University and B.F.A. from University of Florida. She is the founder of Bay Area Creatives, an organization for visual artists of faith in the San Francisco Bay Area.

Steve Scott
Artist, Writer and Performer
Steve Scott is a British mixed-media artist, writer, lecturer, and performer. Upon completing art school in the mid-1970s, Steve moved to the United States at the request of a small record label and began recording songs. Steve also published several small press books of poetry based on his travels as a lecturer and a performing artist in Asia and Europe. Steve has been writing and publishing essays over the last 30 years that deal with art and spirituality. In addition to his work as an individual writer/performer and artist, Steve has spent the last twelve years as director of the organization CANA, the Christian Artists Networking Association. This organization sees the arts as crucial to the vitality of the global church, and an essential component of the larger multicultural spiritual dialog. CANA organizes conferences, maintains an arts and articles archive, and continues to build a growing database of artists and creatives.

David Goa
Educator and Writer
David Goa was the founding director of the Chester Ronning Centre for the Study of Religion and Public Life at the University of Alberta, Canada. Goa built the program for the study of culture at the Royal Alberta Museum based on field research work in a full range of religious communities including Hindu, Buddhist, Sikh, Jewish, Muslim, and a range of Christian communities in Canada. He lectures widely and is the author of numerous books and scholarly articles and is a regular contributor to the media. His work focuses on religious traditions and modern culture, culture and the civil life, and on public institutions in service to cultural communities and modern civil society. In recent years he has also worked in the Muslim and Christian communities in Syria and Turkey. David was the chief curator of a major international exhibition in the year 2000 titled, Anno Domini: Jesus Through the Centuries and of the recent Internet based exhibition, U Encounter.  He has published widely on issues of tradition and modernity and his most recent book is The Christian Responsibility to Muslims (2015).

Betty Spackman
Multi-Media Installation Artist
Betty Spackman is a multi-media installation artist who has exhibited internationally and taught at various Universities in Canada and the USA. Her collaborative performance/installation projects have been shown at major venues throughout Europe. Spackman is the author of A Profound Weakness: Christians and Kitsch (Piquant Editions, 2005) and a forthcoming mentoring manual and personal journal about her own struggles as an artist/Christian/human being and the cost of saying "yes" to the creative process.

Art Exhibition in Conjunction with the Symposium:
THE MORALITY THEATRE PROJECT: THE ARTWORK OF BARRY KRAMMES 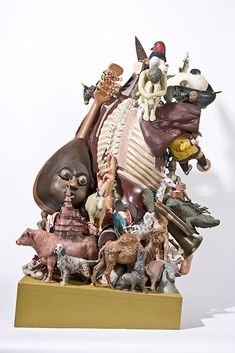 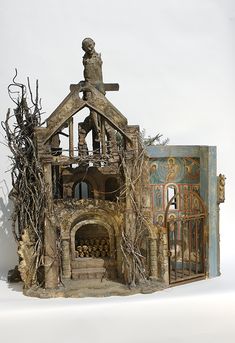 Of Earthly Delights (l) and Of the Invisible (r)