Beauty, Being and Kenosis: Aesthetics of the Incarnation

From the Violence & Peace in Contemporary Art Symposium
Beauty, Being, and Kenosis: the Aesthetics of the Incarnation

Dr. David Bentley Hart evaluates several aesthetic philosophies, demonstrating how they fall short of properly defining beauty. He argues that beauty is neither a result of mere form and tactic nor merely brilliance and intrigue. Instead, beauty is found in the gratuitous presence of good whose existence is not necessary. Hart goes on to explain how the incarnation demonstrates the total beauty of God. 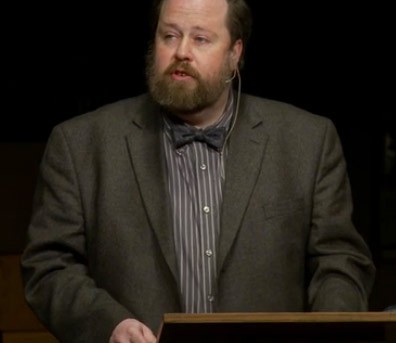 David Bentley Hart, is an Orthodox theologian, philosopher, and cultural commentator, whose specialties include philosophical theology, patristics, and aesthetics. Hart has been published in various periodicals including, Pro Ecclesia, The Scottish Journal of Theology, First Things, and The New Criterion. He has taught at the University of Virginia, the University of St. Thomas, Duke Divinity School, and Loyola College in Baltimore. Hart is the author of seven books including Beauty of the Infinite: The Aesthetics of Christian Truth (Eerdmans, 2004), which has been lauded by The Christian Century as “one of the most brilliant works by an American theologian in the past ten years.” His two most recent books are The Doors of the Sea: Where Was God in the Tsunami? (Eerdmans, 2011), and The Devil and Pierre Gernet: Stories, his first work of fiction (Eerdmans, 2012).