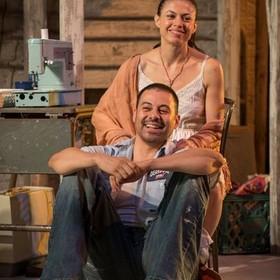 Mojada: A Medea in Los Angeles

From MacArthur Fellow and critically acclaimed author Luis Alfaro of Electricidad and Oedipus el Rey, comes Mojada, a breathtaking re-imagining of Euripides's Medea transported to East Los Angeles. In an epic journey of border crossings, Medea, a seamstress with extraordinary skill, runs from a past of betrayals. With husband Jason and their son in tow, our storied heroine's struggle to adapt takes a disastrous turn when old and new worlds meet in the City of Angels. Luis Alfaro's gripping contemporary take on the ancient Greek myth tackles the complexities of family, tradition, culture, and the explosive moment when they all collide. 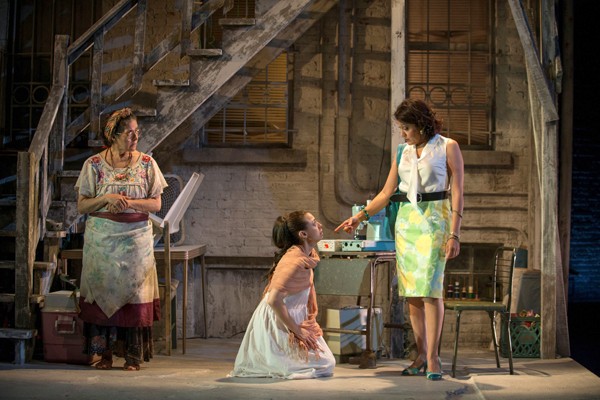 Luis Alfaro (born in Los Angeles in 1963) is a renowned Chicano performance artist, writer, theater director, and social activist. His plays and fiction are set in Los Angeles's Chicano barrios, including the Pico Union district, and often feature gay and lesbian and working-class themes. Many of Alfaro's plays also deal with the AIDS pandemic in Latino communities. Noted plays include Bitter Homes and Gardens, Pico Union, Downtown, Cuerpo Politizado, Straight as a Line, Breakfast, Lunch & Dinner, No Holds Barrio and Black Butterfly. Many of these plays have also been published as stories or poetry. Alfaro has been the recipient of numerous awards, including the MacArthur "Genius" Foundation Fellowship in 1997, and the 1998 National Hispanic Playwriting Competition Prize. His writing, both sole-authored and collaborative, is collected in numerous anthologies. In 1994 his spoken-word CD, Downtown was released. His short film Chicanismo was produced by the Public Broadcasting Service and released in 1999. He also contributed to the 1995 film Pochonovela, a collaboration between the Cuban American performer Coco Fusco and the LA-based Chicano performance ensemble, Chicano Secret Service. This mock telenovela explores and sends up Chicano activism and assimilation in a sardonic exploration of working class barrio life. In 2010, his play Oedipus El Rey, a Chicano retelling of Oedipus Rex, had its world premiere at the Magic Theatre in San Francisco.

This Performance is at the Villa Getty, Malibu, CA 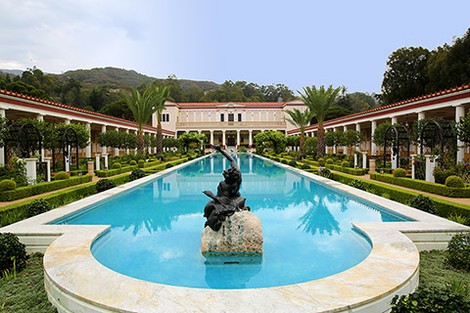 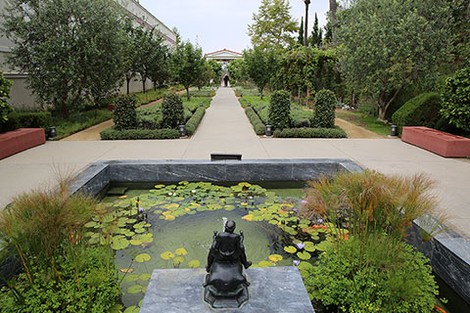 The Getty Villa in Malibu is the original location of the J. Paul Getty Museum. It is an educational center and museum dedicated to the study of the arts and cultures of ancient Greece, Rome, and Etruria. Throughout the year, enjoy a wide-ranging program of performances, lectures, and symposia in the indoor Auditorium. In the summer, experience classical drama outdoors in the Barbara and Lawrence Fleischman Theater. The site also hosts the UCLA/Getty Master’s Program, the only graduate-level program in the United States that focuses solely on archaeological and ethnographic materials. The Getty Villa is modeled after a first-century Roman country house, the Villa dei Papiri in Herculaneum, Italy. The building was constructed in the early 1970s by architects who worked closely with J. Paul Getty to develop the interior and exterior details. Buried by the eruption of Mt. Vesuvius in A.D. 79, much of the Villa dei Papiri remains unexcavated. Therefore, architects based many of the Museum's architectural and landscaping details on elements from other ancient Roman houses in the towns of Pompeii, Herculaneum, and Stabiae. Gardens are integral to the setting of the Getty Villa, as they were in the ancient Roman home, and include herbs and shrubs inspired by those grown in ancient Roman homes for food and ceremony.

ADMISSION AND PARKING
Admission to the Getty Villa is always free; advance, timed tickets are required for each individual and can be obtained online at getty.edu or by calling (310) 440-7300. Parking is $10 after 5:00 PM. No walk-ins permitted except by showing a bus receipt or transfer, along with a Villa ticket.

FOR MORE INFORMATION or TO PURCHASE TICKETS for MEDEA:
http://www.getty.edu/visit/villa/