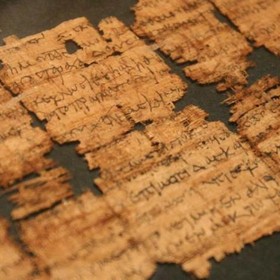 For the first time in Los Angeles—The California Science Center in cooperation with the Israel Antiquities Authority is proud to present the largest Dead Sea Scrolls exhibition ever mounted outside of Israel, featuring over 600 ancient artifacts on display. This special exhibition explores the science and significance of the Dead Sea Scrolls, manuscripts written and hidden in caves 2000 years ago and not discovered until 1947. The exhibition also features sections from 10 selections of the Dead Sea Scrolls, more than half never seen before in the U.S., including parts of the oldest known copies of the Hebrew Bible, also known as the Old Testament.

Through multimedia exhibits, guests will explore the science and technology used to date these ancient manuscripts, decipher them, and preserve them for future generations. Additional highlights include a three-ton stone from Jerusalem's Western Wall, limestone capitals from the first temple period (1000-586 BCE), ossuaries from the early Roman period, and an ancient signature preserved for millennia on the Archer Seal.

Interactive exhibits invite guests to experience the science of the scrolls in a new way. Practice writing in Hebrew and Greek, feel the difference between papyrus and parchment, explore how carbon dating helps scientists determine the age of the Scrolls, and reconstruct a ceramic pot by matching fragments like restorers do.

For tickets and information on the Dead Sea Scrolls and the California Science Center:
http://californiasciencecenter.org/visit/admission/dead-sea-scrolls-admission 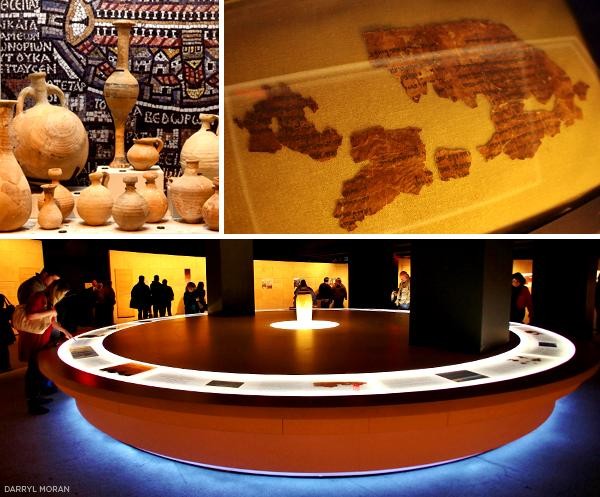 Jerusleum 3D, a film produced by the National Geographic Society, is also playing at the California Science Center.
Soar high above the ancient city of Jerusalem — a city of many religions and an important crossroads of civilization. After being granted special permission in the region’s strict no-fly zone, filmmakers were able to capture the first-ever large format aerial footage of the Old City and throughout the Holy Land in Jerusalem 3D, a film produced by the National Geographic Society. This inspiring film narrated by Benedict Cumberbatch, also features exclusive footage that will take you to the Western Wall, the Church of the Holy Sepulchre, the Dome of the Rock, and much more. 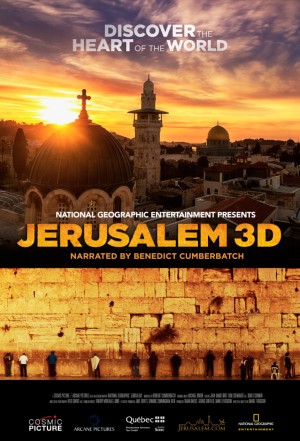