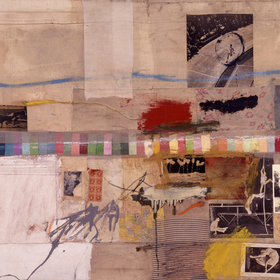 Robert Rauschenberg (1925–2008) is regarded as one of the most influential American artists of the 20th century. In 1952, he began creating collages or “combines” as he later named them, which melded elements of painting, assemblage, and collage into three-dimensional work. The Orange County Museum of Art is fortunate to own several works by Rauschenberg and as the second installment of the series Selections—in which OCMA presents focused exhibitions culled from the museum’s collection of individual artists—nine works dating from 1971 to 1985 will be on view. The selection includes collages, prints, and light boxes.

Selections: Robert Rauschenberg is organized by the Orange County Museum of Art.