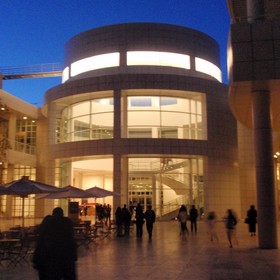 Music at the Getty

Enjoy outdoor music and evening views of the city and drink in the refreshing summer exhibitions in a casual and spontaneous atmosphere. The evenings feature performances by your soon-to-be favorite bands, along with DJ sets to open and close the night. 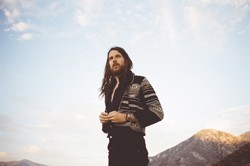 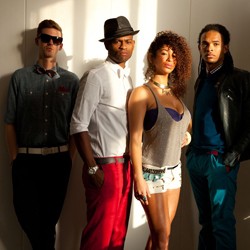 With what Rolling Stone describes as "a go-hard blend of peak rave synths and traditional Afro-Curaçaoan tambú music," Amsterdam-based Kuenta i Tambú creates high-energy dance music inspired by protest and ritual traditions from the island of Curaçao, and the partying energy of the European club scene. With a clever balance between electronic samples and hypnotizing beats, they are guaranteed to set off some serious movement on the dance floor! The group was formed in 2005 after holding a series of educational projects at schools and theaters to introduce the music and culture of Curaçao to children in the Netherlands. Since then, Kuenta i Tambú has been performing all over the world, with appearances at such international venues and festivals as the North Sea Jazz Festival, New York City's Lincoln Center for the Performing Arts, the Kennedy Center for the Performing Arts in Washington DC, and the Caribbean Sea Jazz Festival in Aruba. 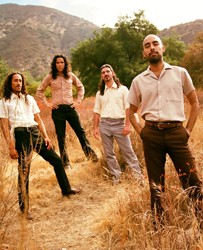 Chicano Batman are "the Eastside L.A. fusionists whose sabor simmers with cumbia, Mexican ballads, Brazilian tropicalia, Jimi Hendrix, Santana, and Cream" (LA Weekly). They were founded in the sprawling Latin-American infused metropolis of Los Angeles in 2008. The members of the original trio, Eduardo Arenas (bass, vocals), Bardo Martinez (guitar, organ, vocals) and Gabriel Villa (drums, vocals), were raised on Spanish-language ballads from the likes of Los Angeles Negros, Leo Dan, and Los Bukis, and heavily inspired by classic Oldies anthems and Brazilian singer Caetano Veloso. Their debut full-length album, Chicano Batman (2008), was an instant hit. In 2011, the group found its fourth member, Carlos Arevalo (guitar), who was instrumental in decorating the lavish rhythmic melodies heard in the band's second vinyl release, Joven Navegante, and second full-length album, Cycles of Existential Rhyme. Chicano Batman is not just another a throwback band. They use the "old school" as a launching pad to express their contemporary spirit while seeking to capture the essence of many musical styles. As Jose Anguino wrote for KCET, "The band simultaneously exists in the local and transnational spaces of Latino music, a sonic space of past, present, and future Latina/o sounds reaching for something new." Chicano Batman puts on a polyrhythmic and funky show, and their songs are peppered with breaks of all shapes and sizes designed to enthrall audiences and uplift energies. 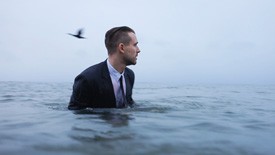 Caught A Ghost is a new project from Los Angeles songwriter and producer Jesse Nolan, featuring kindergarten classmate Stephen Edelstein on drums and sultry vocals and percussions from actress Tessa Thompson. As Nolan explains, the name of his band refers to the sensation of being filled with a spirit of the past. "It's an old expression," he says, "musicians used to say you 'caught a ghost' if you gave a good performance. Like you were possessed." As the songwriter, producer, and lead singer of the band, Nolan is a devotee of music from bygone eras. What makes Nolan unique is his musical dexterity (he plays all of the instruments on his recordings except horns and some drums) combined with an effortless gleaning from many different genres. His music recalls influences from soul and rock n' roll traditions (Stax/Volt, Motown, Sam Cooke, the Rolling Stones) yet still feels distinctly modern, with references to hip-hop and electronic recordings from the '90s to contemporary tracks.

Caught a Ghost's diverse influences, spawned from Jesse Nolan's mad-scientist approach to composition, has sparked several comparisons to another Los Angeles native: Beck. On some level, every song feels like a great remix. "I love the aesthetic of taking something old and repurposing it," says Nolan. "But I don't tend to use samples—I'm just sampling my musical memory. It's a very imprecise process really, like a Jackson Pollock painting. I'm just splashing sounds around." Caught a Ghost produces a sound and style that separates them from the rest of their neo-soul contemporaries. They play high energy shows with as many as nine musicians and various dancers onstage, and video projections and performance art shake listeners out of their comfort zones. Their debut album, Human Nature, was released in April 2014. 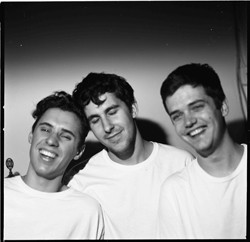 BADBADNOTGOOD is a formally trained trio of young musicians made up of Matthew Tavares on keys, Chester Hansen on bass, and Alex Sowinski on drums. Since first meeting at music school in 2011, the Toronto-based group has challenged the rule book on improvised instrumental music and taken a fresh look at the jazz tradition by setting their sights on the future. With early champions including acclaimed BBC broadcaster Gilles Peterson and Tyler, the Creator, the band released their first EP, BBNG, in 2011 to wide praise. The marriage of jazz virtuosity and hip hop source material offered a new take on traditional standards applied to the hip hop songbook; writing inspired arrangements for golden era classics instead of one-dimensional covers. The band hit a landmark when introducing original material into their compositions with BBNG2 in 2012. Since then, they've won praise from the four corners of the globe and collaborated with Bootsy Collins, RZA, Frank Ocean, Earl Sweatshirt, MF Doom, and Danny Brown, among many others. Their notorious live performances have brought fans across the whole musical spectrum together, taking the band around the world from Coachella to Glastonbury. Now, the inseparable friends are prepping to release their biggest project to date, III, on prodigious young label Innovative Leisure, a highly-anticipated project ushering in the group's latest, and limitless, explorations. 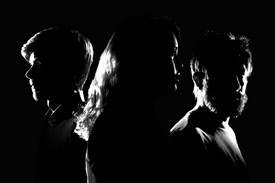 The Los Angeles-based group Kan Wakan emerged in early 2012, the musical brainchild of composer/producer/multi-instrumentalist Gueorgui I. Linev. The Bulgarian-born musician originally set out to create solely instrumental music inspired by his lifelong passion for classical minimalism, but the involvement of chanteuse Kristianne Bautista and producer/guitarist Peter Potyondy rapidly saw the project grow in both scope and purpose. As the core group built upon a truly variegated palette of influences, common musical themes began to manifest, including an epic but cinematic deep soul approach inspired by such icons as Bill Withers and Nina Simone. For this concert they add strings to compliment their startlingly original and utterly contemporary amalgam of psychedelic soul, electronica, and orchestral pop. LA Weekly recently named Kan Wakan among the "Los Angeles Bands About To Blow Up." Their striking breadth of vision immediately places them among modern pop's most beguiling and inventive new artists.

Food is available for purchase and a cash bar (beer and wine) is open in the Museum Courtyard.
The Cafe will be open with seven delicious food stations until 6:00 p.m. The Garden Terrace Cafe, which offers a selection of sandwiches and salads, will be open until 8:30 p.m.

The Restaurant welcomes walk-ins during Saturdays Off the 405. Enjoy a fine dining experience from 5:00 to 9:00 p.m.
Please be aware that construction on the 405 might affect your drive. Check Metro's Twitter feed for updates.
Please note: no outside alcohol is allowed on site.

Want to avoid the crowds?
Get more out of your night at Saturdays Off the 405!
Come early to visit the galleries, take in the sunset from atop the hill, or stroll the gardens.