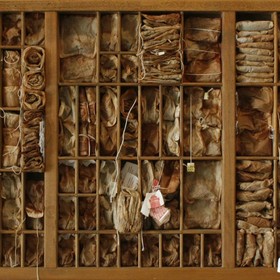 The Art of Healing

Nery Gabriel Lemus is a Los Angeles based artist whose work grapples with societal problems that can lead to the failure of families undefined such as poverty, abuse and neglect. His artwork is informed by more than 14 years of social work with underprivileged children and survivors of domestic violence. Lemus received his MFA at the California Institute of the Arts (2009). His work has been exhibited nationally and internationally in galleries and museums including The Bindery Projects, Minneapolis; the El Paso Museum, El Paso; California African-American Museum; the Hammer Museum, Los Angeles; and Los Angeles County Museum of Art (LACMA). Lemus has received a COLA Fellowship Grant from the Department of Cultural Affairs, Los Angeles, and the Rema Hort Mann Foundation Fellowship Award. He is represented by Charlie James Gallery in Los Angeles.