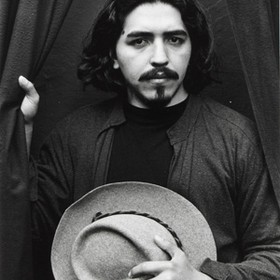 Face It: The Photographic Portrait

Portraiture customarily takes on the aura of fact, as it communicates information about a sitter’s visage. When captured through the mechanical lens of the camera, such likenesses impress us as vivid surrogates for reality. Face It: The Photographic Portrait considers the notional world—where ideas are balanced with facts—presented in the close-up. It assumes that there is more to the photographic portrait than meets the eye. In place of seeking a strict reportage of a subject’s features, or outright flattery, Face It bids us look for the affective moment, the human interest, and the metaphorical associations inherent in portraits of persons known or anonymous. When confronted with figures loosed from the conventions of traditional portraiture, we, as viewers, are prompted to be active rather than passive in our experience of the images. The intimacy that occurs in such an encounter with the informal or ambiguous conjures in us a psychology of looking.