Theatre of the Struggle: The Art of Barry Krammes

CCCA 2018 SYMPOSIUM AND GALLERY EXHIBITION
The Center for Christianity, Culture, and the Arts devoted its 2018 annual arts symposium to the artwork and career of retiring art professor Barry Krammes.

David Goa: Pulling Life from Death / The Ways of Imperfection 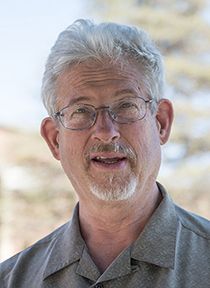 Biography of the Artist
Barry Krammes received his B.F.A. in printmaking and drawing from the University of Wisconsin, Eau Claire, and his M.F.A. in two-dimensional studies from the University of Wisconsin, Madison. Krammes has been employed as a professor of visual art at Biola University in La Mirada, CA, since 1983. In addition to his role as a faculty member, Krammes has been Chair of the Department of Art, Director of the Biola University Art Gallery, and Program Coordinator for the Center for Christianity, Culture, and the Arts (CCCA). During his tenure at Biola, Krammes has developed programming fusing current art making practices with orthodox Christian values. Over the years he has designed and directed “Arts in Worship” Christmas and Easter chapels as well as many other integrated events for the entire university including the 2011-2012 “Year of the Arts.” Outside the university, Krammes has contributed to a number of Christian arts organizations. A founding member of Christians in the Visual Arts (CIVA), Krammes has organized three national biennial conferences for CIVA and served as editor of CIVA SEEN Journal. He has been the Visual Arts Coordinator for Oxbridge: The C.S. Lewis Summer Institute in England and was the program administrator for Crosshatch, a Southern California arts organization.