by Steve Scott and Nate Bell

Writer, poet, and musician Steve Scott talks with Film Professor Nate Bell about CANA, the Christian Artists Networking Association, in this Cultural Conversation by Biola's Center for Christianity, Culture, and the Arts. 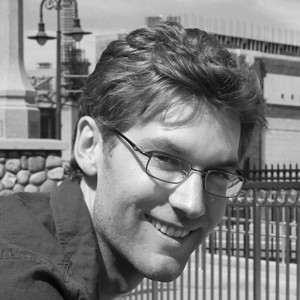 Nathaniel Scott Bell was born and raised in the San Fernando Valley. While studying film production at Biola University, he directed several award winning short films while simultaneously enrolled in the Torrey Honors Institute, an Oxford style great books program. After graduating magna cum laude in 2005, he spent time writing for various publications, serving as entertainment correspondent for the Los Angeles Daily News and writing a featured column for the faith and culture website, ConversantLife.com.  For his masters studies, Bell attended Chapman University’s Dodge College of Film and Media Arts. He was honored with a Cecil Award for Outstanding Film Scholar of the Year for his thesis on avant-garde filmmaker and cult Hollywood personality, Curtis Harrington. After graduating with an M.A. in film studies in 2013, he began teaching film aesthetics at College of the Canyons in Santa Claritaand is currently an adjunct professor of film at Biola University. A film buff of the old school, his favorite subjects include Orson Welles, European cinema, and screwball comedy. He currently lives in Whittier with his wife, Emily and their two young sons. 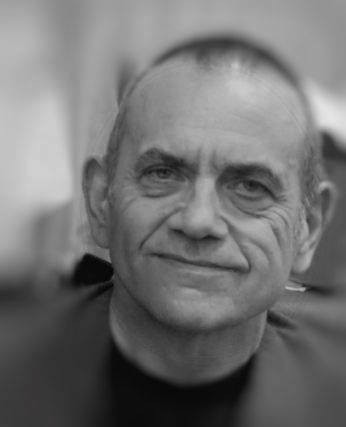 Steve Scott is a British mixed-media artist, writer, lecturer, and performer. Upon completing art school in the mid-1970s, Steve moved to the United States at the request of a small record label and began recording songs. He now has ten albums of original work released on several small independent labels. Steve also published several small press books of poetry based on his travels as a lecturer and a performing artist in Asia and Europe. Steve has been writing and publishing essays over the last 30 years that deal with art and spirituality as seen against a shifting background of different. Many of these essays were collected into two books, Crying for a Vision and Like A House on Fire, both published in the 1990s and reprinted in the 2000s. In addition to his work as an individual writer/performer and artist, Steve has spent the last twelve years as director of the organization CANA, the Christian Artists Networking Association. This organization sees the arts as crucial to the vitality of the global church, and an essential component of the larger multicultural spiritual dialog. CANA organizes conferences, maintains an arts and articles archive, and continues to build a growing database of artists and creatives.
http://cana-arts.blogspot.com/