Artists Betty Spackman, Leah Samuelson, Olga Lah, and Hannah Varamini discuss how they understand their artistic practices as socially intervening and/or participating in the worlds they inhabit. 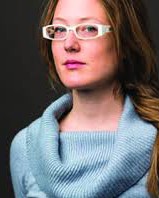 Leah Samuelson is an artist and a professor at Wheaton College. With a background in high-end commercial mural painting with a Chicago-based studio and also in urban slums with the Philadelphia-based arts-intervention and education group BuildaBridge, Samuelson's work is now focused on transformational pedagogy, socially engaged art curriculum development, and strategies of institutional collaboration through the arts. Her projects involve political, economic, social, religious, and ecological spheres toward a goal of grappling with, rather than fighting against disagreeing groups. 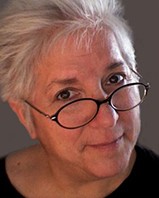 Betty Spackman is a multi-media installation artist who has exhibited internationally and taught at various Universities in Canada and the USA. Her collaborative performance/installation projects have been shown at major venues throughout Europe. Spackman is the author of A Profound Weakness: Christians and Kitsch (Piquant Editions, 2005) and a forthcoming mentoring manual and personal journal about her own struggles as an artist/Christian/human being and the cost of saying "yes" to the creative process. 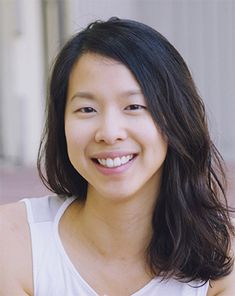 Hannah Naomi Varamini was born in Washington, D.C. and received her BFA from Cornell University in 2007. Hannah has exhibited paintings, drawings, and digital animations in the US and abroad in solo and group exhibitions/screenings at the Phillips Collection, the Katzen Center at American University, Goucher College, the Franco-Namibian Cultural Centre, and the National Art Gallery of Namibia. In 2008 she received a Fulbright Scholarship to Namibia, and has won grants from the DC Commission on the Arts and Humanities and the New York Foundation for the Arts. Her work has been included in reviews in The Washington Post, Voice of America, The Namibian, and The Huffington Post. Hannah now lives and works in Los Angeles, California. 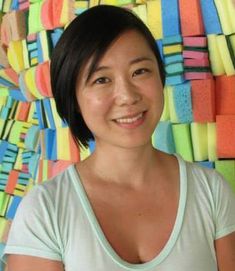 Olga Lah is a second generation Korean-American, born and raised in the Los Angeles area. She now resides in Long Beach, California. She received a B.A. in both Studio Art and Art History from the University of California at Riverside. She also received a M.A. in Theology from Fuller Theological Seminary. Her interest in the relationship between theology and art led her to an art practice exploring these themes in site-specific installations and sculpture. She has exhibited most recently at the Orange County Museum of Art, the Craft and Folk Art Museum, Los Angeles; the Torrance Art Museum, Torrance; and at the Venice Arsenale in Italy. She has been awarded residencies at Art Stays in Ptuj, Slovenia and at the prestigious Djerassi Resident Artists Programs in Woodside, California.