On Earth As It Is in Heaven: Artists and the Kingdom of God

Dr. Trevor Hart speaks about the importance of artists to the Kingdom of God. He explains that creativity is an essential aspect of humanity because it reflects God's own creativity and creation. Dr. Hart concludes with a Q&A session. 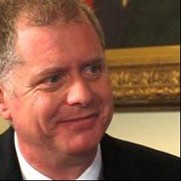