Lori Shanebeck moderates this discussion with New York actor Rich Swingle and Biola Youth Theatre choreographer Michele Stevens on what it has meant for each to be a Christian working in theatre.

Click here to watch Faith and Theatre, Part I

Lori Shanebeck has been the Executive Producer/Director of Biola Youth Theatre (BYT) at Biola University in La Mirada, CA for the last fourteen years. During that time it has been her privilege to work with "pre-Biola" students from the surrounding communities between the ages of six and eighteen, and has now directed well over 60 musical productions and variety shows. A graduate of Biola University (twice), she has a BA in Communication and Sociology, and a Masters in Organizational Leadership. Lori has spent the last 35 years involved in the arts - acting, writing, and directing. Previously, she was the Director of Drama at First Evangelical Free Church in Fullerton, CA where she worked with junior high, high school, and adult drama teams. She has performed and taught drama workshops in the US, Europe and North Africa, as well as serving as adjunct faculty for four years in the Communication Department at Biola. Favorite credits include adapting and directing five part productions of The Pilgrims Progress and The Lion, The Witch and the Wardrode. Lori also wrote and directed an original play entitled Separate Ways. Additional favorite directing credits include, Les Miserables School Edition, Beauty and the Beast, Cats, West Side Story, Thoroughly Modern Millie, Godspell, Fiddler on the Roof, and Guys and Dolls. A lifelong lover of theatre, she is thrilled that her passion for the arts and desire to serve God have merged together at BYT where it is her privilege to teach, help and inspire her students to perform great theatre for and with God.

Michele Stevens has been involved in the performing arts 30 plus years, and her passion is ministry in the arts. Michele worked professionally in the arts regionally as an actor, singer, dancer, and choreographer. Favorite roles include Adelaide in Guys and Dolls, Minnie Fay in Hello Dolly, Morales in A Chorus Line, and Catherine Marshall in A Man Called Peter, for which she was nominated for an Obie (Best of Off-Broadway) award. Choreography credits include The Pajama Game, Once Upon a Mattress, and The Music Man for the City of Rancho; Oliver for Fontana Mummers Theatre; Camelot and The Spirit of Christmas for the Candlelight Pavilion Dinner Theatre and Hot Coffee for the Lamb's Players Theatre in NYC. She has choreographed industrials in Colorado, California, and New York, as well as concert pieces for various studios in Colorado. She has also worked with various college and high school show choirs such as The Citrus Singers in Azusa, California, and The Upland High School Show Choir in Upland, California. Michele has a B.F.A. in Acting from Stephens College in Columbia, Missouri, and a Master's of Organizational Leadership from Biola University. She continues to be blessed and humbled to work with the students of BYT, who long to glorify God with their creative talents. 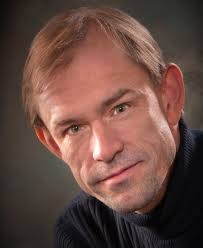 Rich Swingle is an American film actor, screenwriter and stage actor. He also directs the theatre program for the MasterWorks Festival and is a Freedom Finder for Graceworks Inc. After growing up on a farm in Medford, Oregon, he went on to study at George Fox University, Gordon–Conwell Theological Seminary and Hunter College, ultimately receiving a master's degree from the latter. He has appeared in numerous films, including A Christmas Snow, Indescribable, Alone Yet Not Alone and Christmas Grace, and he is well known for his one-man theatre acts.

Rich Swingle has performed on five continents, 27 nations and in hundreds of venues with his one-man plays and workshops . The dynamic nature of his work can fill as little as ten minutes in a larger presentation or as much as a full week of workshops. He has performed at churches, colleges, retreats, camps, prisons, a military base, theatres from Off-Broadway to The Kennedy Center, film, radio, and CD-ROM. For the Beginners Bible video series, distributed by Sony Wonder, he did 20 roles including Jesus, Adam, and the Serpent. He has performed voice-overs and on-screen roles in several commercials and 14 movies. He has performed and/or taught workshops in over 40 colleges or universities, including Namseoul University, Korea, Memphis University, and Princeton.