by Evan Rosa and Panel

ICS professor Dr. Allen Yeh, Rosemead professor Dr. Keith Edwards, and SMU Media Coordinator Anna Grace Hodge are joined by director Steve Hoover over video chat to discuss his film, Blood Brother (2013). The panel discusses the film's effectiveness and the message it presents to its viewers. Blood Brother is a buddy film, a hero's journey, a drama, a comedy, and a love story all rolled into one epic documentary that reminds the viewer just how beautiful and valuable even the most tragic of lives can be. The film tells the story of Rocky Braat who decided to go to India on a journey of self-discovery. In what proved to be a life-transforming encounter, he visited a care center for women and children living with HIV and AIDS. Despite never really liking children, Braat returns home to Pittsburgh announcing he’s moving to India to work at the center. His best friend and director Steve Hoover is perplexed by his decision and decides to follow Rocky on his journey. The film chronicles that journey back to India, with Hoover discovering a very different story than the one he expected, leaving the lives of the two men and the children changed forever. Director Steve Hoover went to India twice and spent three years making the film, the proceeds of which go to help the children that Rocky cares for in India. Winner of the 2013 Grand Jury Prize and the 2013 Audience Award for U.S. Documentary at Sundance, Blood Brother is a deeply moving film about how one person with steely determination and limitless love can make a difference in the lives of others.

Dr. Allen Yeh is a missiologist who specializes in Latin America and China. He also has other academic interests in history, classical music, homiletics, social justice, and Jonathan Edwards. He earned his B.A. from Yale, M.Div. from Gordon-Conwell, M.Th. from Edinburgh, and D.Phil. from Oxford. Despite this alphabet soup, he believes that experience is the greatest teacher of all (besides the Bible). As such, Allen has been to nearly 50 countries in every continent, to study, do missions work, and experience the culture. As Mark Twain said in 1857, "Travel is fatal to prejudice, bigotry, and narrow-mindedness, and many of our people need it sorely on these accounts. Broad, wholesome, charitable views of men and things cannot be acquired by vegetating in one little corner of the earth all one's lifetime."

Dr. Keith J. Edwards is a Professor of Psychology in the Rosemead School of Psychology at Biola University. He holds a Ph. D. in quantitative methods from New Mexico State University and a Ph. D. in clinical and social psychology from the University of Southern California.  He is a licensed clinical psychologist.  His primary clinical interests are marital and individual therapy using emotionally focused, attachment based, and experiential approaches.  He has received Level I & II training in Emotion Focused Therapy for individuals with Dr. Leslie Greenberg, the founder of EFT. He is a certified EFT Couple therapist having received training from Dr. Susan Johnson. He teaches courses in individual and couple therapy at Rosemead using EFT and Brief Dynamic approaches.  He has conducted seminars presenting EFT to professionals in the US and Asia.  He also has conducted seminars on marriage and missionary care in Europe, Africa, Asia, and South America.  Dr. Edwards conducts research on relationships and spirituality integrating emotion theory, attachment theory, and interpersonal neurobiology.  His research interests include emotion, relationship functioning, and spirituality integrating Christian theology, attachment theory, and interpersonal neurobiology.  He is the co-developer with Dr. Todd Hall of the Spiritual Assessment Inventory. He has held prior faculty positions at Rutgers University and Johns Hopkins University. 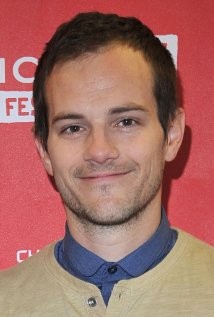