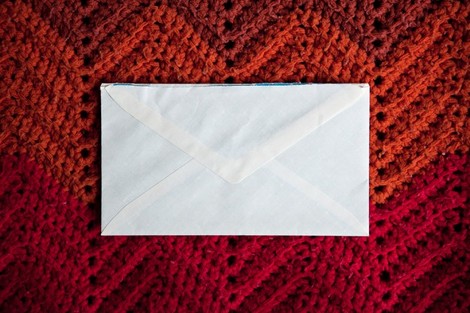 I must have been ten or eleven years old when I first ran across the peculiar envelope that bore my grandmother’s shaky handwriting: “not to be opened until my death.” Tucked in her top dresser drawer amidst other valuables, its striking phrase burned into my memory at a young age. I don’t know exactly when, and I don’t know how often, but I know I visited the envelope numerous times, pondering what could be inside. What could be so important (or tragic) that it must be kept secret in this way?  I have never been able to shake the hold that piece of paper had over me. More than just a letter—I was haunted by what it represented. Loaded with latent meaning, yet withholding its story, the letter is my experience of growing up in Minnesota. My family roots go deep into the folklore of the rural Northwoods and retain their hold, despite time and distance. It’s a place where my grandfather was a lumberjack, and a place where cars go to die; it’s where kids have playtime adventures, and where secrets go to be buried. It is a merger of myth and memory that grows more complex as time passes.
- Kurt Simonson

Photographer Kurt Simonson opened his first solo exhibition at the The Earl and Virginia Green Gallery , Biola University in La Mirada, California. This exhibition entitled Home is Where, features work from Northwoods Journals, a photographic series Kurt has been developing for over ten years exploring his family history in Minnesota. Kurt has created a visual diary of his journey to piece together a disconnected family narrative that is marked by secrets, weathered by seasons, colored with dry humor, and haunted by death. The work forms a lyrical and strange family album, a collection of photographs that speak to the complex merger of myth and memory that Kurt has encountered as he seeks to establish his own sense of place, story, and identity. The exhibition also includes a site-specific installation featuring a new photographic series that explores Kurts’s connection to annual childhood vacations in Walt Disney World. The as-yet-untitled series features eerily vacant landscapes that he photographed this year upon revisiting the theme parks for the first time in 15 years. These images further beg the question (or is at a statement?) of the exhibition’s title: Home is Where. 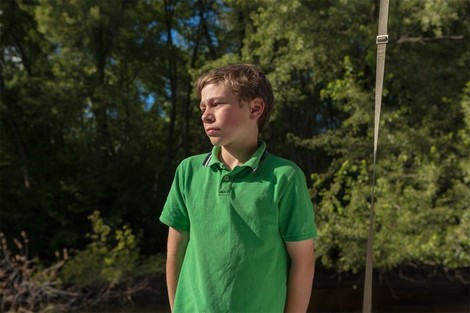 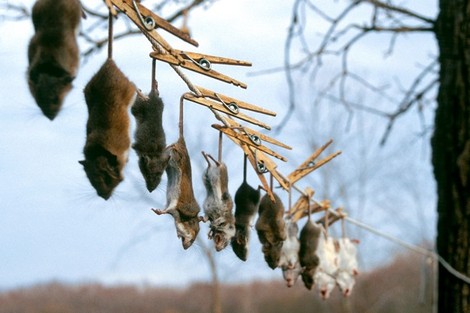 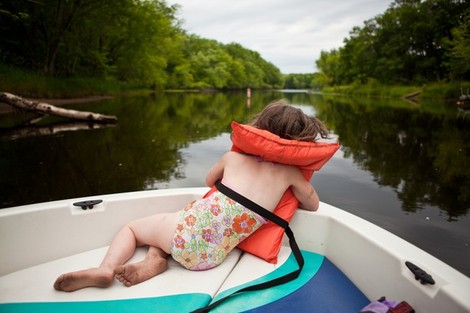 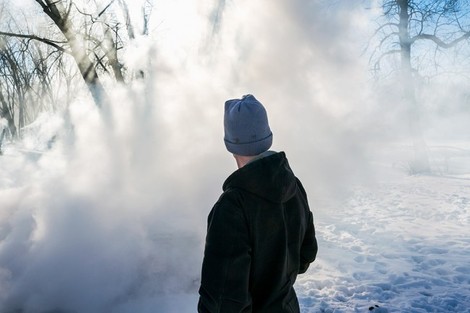 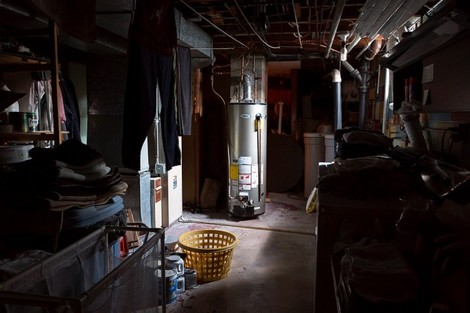 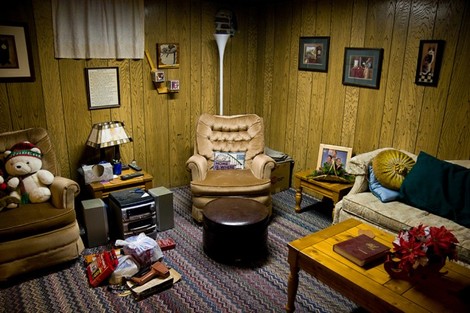 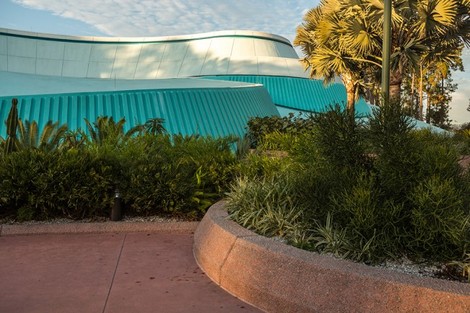 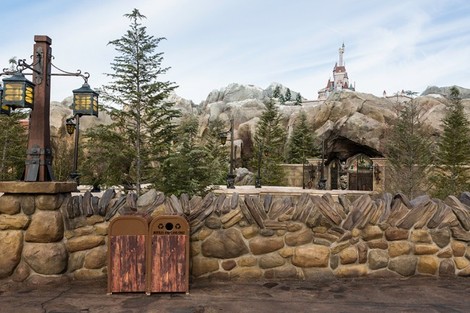 Born in Minnesota, Kurt received a B.S. in Studio Art from Biola University in 2000, a Secondary Education Credential from Whittier College in 2003, and an M.F.A. in Photography from California State University, Long Beach, in 2006. Kurt currently teaches at Biola University in La Mirada, CA, where he is the Associate Professor of Photography in the Art Department. Kurt’s work is regularly exhibited throughout the country and internationally, including recent exhibits at the Center for Fine Art Photography in Fort Collins, CO; RayKo Photo Center in San Francisco, CA; Newspace Center for Photography in Portland, OR; the Foto8 Gallery in London, England; and the San Diego Museum of Art. His work has been published in the London Sunday Times Magazine, Fraction Magazine and Lenscratch. In 2012 he received a Curator’s Choice award from CENTER Santa Fe, and he was chosen as a finalist in Photolucida’s Critical Mass. 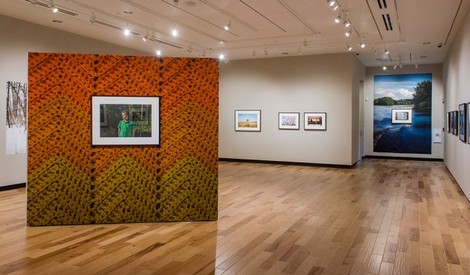 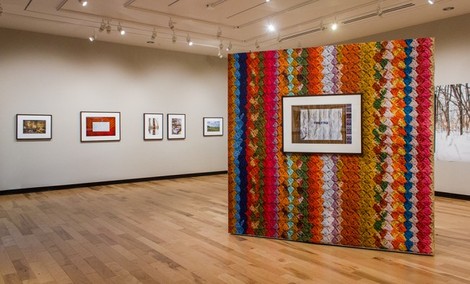 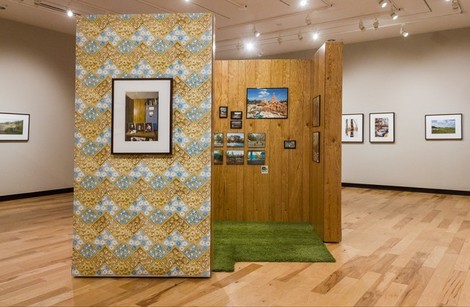 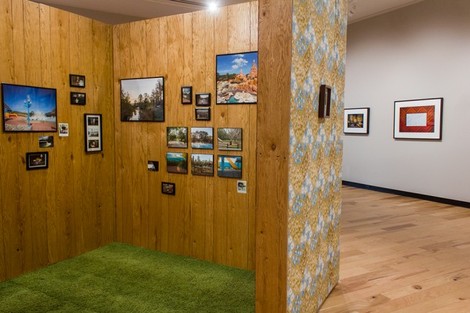 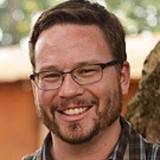 Kurt Simonson is an artist/educator who explores what happens in the in-between spaces of life-- those places of tension where things are rarely what they first seem—places where either/or propositions are inadequate, sacred/secular dichotomies are exhausted, and the truth lies instead in the complexity of both/and situations. This often plays out relationally in collaborative projects, such as Shared Horizons, for which he worked with three young men in his community to fuse and cross art education, personal mentorship, and friendship. In his ongoing project entitled Northwoods Journals, he explores the mythology and memory of his Midwestern upbringing, attempting to heal the dislocation of a family, home, and place that has since been left behind. Ideas of family narrative are also behind a project he is doing in Uganda to tell the story of a family of orphans, having lost their parents to AIDS, who are trying to break the cycle of poverty and western dependence to restore the way things once were for there family and community.

Kurt has taught at the Minneapolis Institute of Art, Glen A. Wilson High School in Hacienda Heights, CA, and at Biola University in La Mirada, CA, where he is currently an Assistant Professor of darkroom and digital photography. His work is regularly exhibited throughout the country. He received a B.S. in Studio Art from Biola University in 2000, a Secondary Education Credential from Whittier College in 2003, and an MFA in Photography from California State University, Long Beach, in 2006.