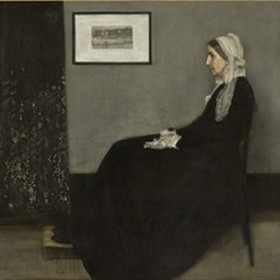 Three Masterpieces from the Musée d’Orsay

It is perhaps the single most recognizable image in the history of American painting: the spare interior of an artist’s studio, a gray wall, a Japanese curtain, an aging subject, soberly dressed and seated in profile. James Abbott McNeill Whistler’s portrait of his mother, painted in the fall of 1871, marks the high point of his career. “It is rare,” wrote Whistler’s friend, the painter Jacques-Émile Blanche, “that one can judge an artist by a single work.” Arrangement in Grey and Black No. 1, also known as Portrait of the Artist’s Mother, is that single work. Endlessly reproduced, imitated and parodied, the picture nonetheless resists any fixed interpretation.

Given the painting’s iconic status in American culture, the fact that Arrangement in Grey and Black No. 1 resides not in the United States but in France may come as a surprise. Whistler lived almost his entire life abroad. Born in Massachusetts in 1834, he moved to Saint Petersburg at age nine when his father, an engineer, was hired to work on a new Russian railway. In 1848 Whistler moved to England and, after a brief stint in the United States as a cadet at West Point (he was expelled after failing chemistry), he settled in Paris, where he came into his own as an artist, studying the work of Delacroix and Courbet and befriending a circle of young painters at odds with the official academic system. In 1859, Whistler returned to London, where he would reside almost continuously until his death.

Acquired by the French state in 1891, Arrangement hangs today in the great Parisian museum of 19th-century art: the Musée d’Orsay. Whistler’s picture is one of three masterpieces from that museum that will visit the Norton Simon this spring. Joining the Whistler are Édouard Manet’s heroic portrait of his friend, collaborator and critical ally, Émile Zola, and Paul Cézanne’s rapt, meditative Card Players, painted near the end of his life and at the height of his powers.

The Norton Simon Museum collections include: European paintings, sculptures, and tapestries; Asian sculptures, paintings, and woodblock prints; and sculpture gardens displaying many sculptors' work in a landscape setting around a large pond. The museum contains the Norton Simon Theater, which shows film programs daily, and hosts lectures, symposia, and dance and musical performances year-round. The museum is located along the route of the Tournament of Roses's Rose Parade, where its distinctive, brown tile-exterior can be seen in the background on TV. 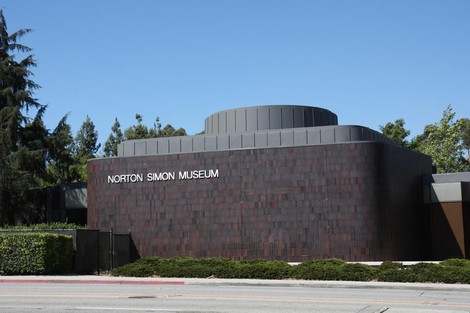 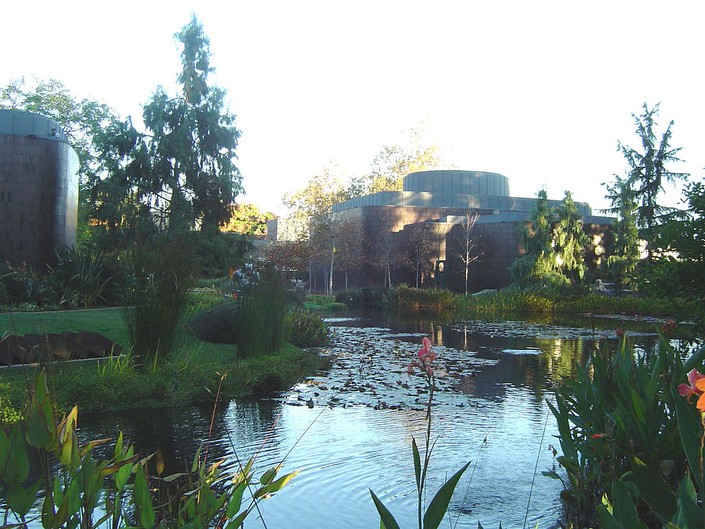