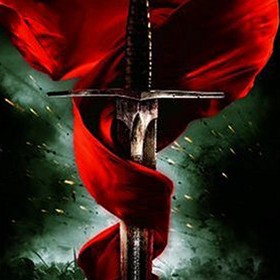 For the first time in many years, Biola’s Music and Theatre departments have joined together to produce an award-winning classic of musical theatre, Camelot. We invite you to come see this fantastic show.

Camelot is an award-winning musical about the infamous legend of King Arthur. It is the story of the marriage of England's King Arthur to Guenevere, played out amidst the pageantry of Camelot. Arthur creates a new kind of knight—one that does not pillage and fight, but tries to uphold honor and justice. Arthur is forced to face difficult decisions when his son attempts to take the throne, and his wife's growing attachment to a knight threatens to topple Arthur and destroy his "round table" of knights who would use their might for right.

This beloved story deals with love, honor, idealism, justice, jealousy, and the reality of human struggle. It originally ran on Broadway for 873 performances, won four Tony Awards, three Golden Globe Awards, and was nominated for many more awards. It was the immediate successor to My Fair Lady, containing many of the same collaborators. We hope you can join us for this wonderful show!