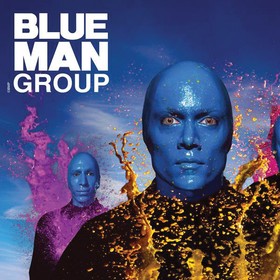 Combine comedy, music, and multimedia theatrics, then you have Blue Man Group. The show uses percussion techniques and synchronization of different elements to create an explosion of talent by these blue-covered performers. If you are ready for a new and fun experience, join Biola for the viewing of Blue Man Group.

Blue Man Group’s performance at the Hollywood Bowl will feature the largest body of new material the Group has created in almost a decade. This is, indeed, a brand new show. In addition to the unique instruments Blue Man is known for, the mad scientists in Blue Man’s labs have been working furiously to create new musical instruments to introduce at the Bowl.

The night will also see the debut of three original compositions from the minds of BMG, arranged specifically for the Hollywood Bowl Orchestra. Given Blue Man Group’s hilarious and unpredictable behavior, conductor Thomas Wilkins has his work cut out for him trying to maintain control of the night’s performance.

And don’t forget the fireworks! If you’ve seen Blue Man Group before, then you don’t want to miss this. If you’ve never seen Blue Man, then the time is now!