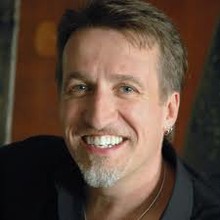 Born into a musical family, Steve Bell has been performing and touring since he was eight years old. Steve’s father was a prison chaplain, and federal prisoners in Drumheller Penitentiary taught the young Bell to play guitar at an early age. Bell recounts fondly, “I now perform world over because Canada’s most unwanted men invested in me when I was a boy.”

In the early eighties Bell began to make his mark with the acclaimed folk trio Elias, Schritt and Bell. Since his first solo release in 1989, "Comfort My People," Bell has released 16 CDs, three concert videos, and performed over 1,500 concerts across Canada, the U.S., India, Thailand, the Philippines, Poland, Bulgaria, Ireland, and throughout the Caribbean. More recently, Bell has performed in 26 concerts with orchestras across Canada and the U.S., including a 2011 concert with the Toronto Symphony Orchestra at Massey Hall. In 1997, he was awarded a JUNO Award for Best Gospel Album. He received a second JUNO in 2000 as well as multiple Prairie Music, Western Canada Music, and Covenant Awards.

With the 2012 release of his 17th career CD, "Keening for the Dawn – Christmastide," Bell displays a rare longevity and commitment to his vocation. For this commitment, along with his advocacy work for the less fortunate, he has been awarded the Queen Elizabeth II Diamond Jubilee Medal.