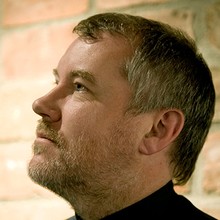 Ivan Moody was born in London in 1964. He studied composition with Brian Dennis at London University (winning the Royal Holloway Prize in 1984 for his Three Poems of Anna Akhmatova), and privately with Sir John Tavener. He later studied Orthodox theology through the continuing education centre of the University of Joensuu, Finland, and is currently pursuing postgraduate compositional work with William Brooks at the University of York. He lives at present in Estoril, Portugal, with his wife, the singer Susana Diniz Moody, and two children, Sebastian and Sofia.