Christ, Unveiling Who U Are: A Public Encounter

Art curator David Goa explains how he has put together an exhibition that will demonstrate the story of God and humanity to meet the desire of art connoisseurs to engage with story and meaning. He explains that the exhibit is organized into segments, each with a primary thought provoking question and works of art and music that allow the viewer to reflect on these questions. Presented at the 2014 CCCA Razor's Edge Conference 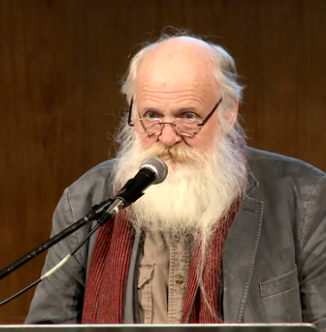 David Goa was born in Camrose, Alberta, to Solveig and Finn Goa who had immigrated from Norway to Canada. He studied history, philosophy and the history of religions in Chicago. He counts the eminent philosophical theologian Paul Tillich, the scholar of religion Mircea Eliade, the historian Zenos Hawkinson, the political philosopher Hannah Arendt, and Jaroslav Pelikan, Sterling Professor of History, Yale University, among the scholars who have most influenced his work. David has been involved in various research and documentation and communications projects both in Canada and abroad. He built the program for the study of culture through his field research work over thirty years at the Royal Alberta Museum. He lectures widely and is the author of numerous books and scholarly articles and is a regular contributor to the media. His work focuses on religious tradition and modern culture, culture and the civil life, and on public institutions in service to cultural communities and modern civil society. David J. Goa is currently a part-time Instructor (Religion) and Director of the Ronning Centre at the University of Alberta, Canada.