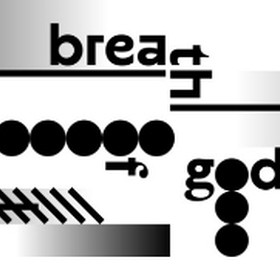 Please be advised that this event has been cancelled.

"The Breath of God" is a collaborative event intertwining Art, Music and Poetry. The collaborators will be in direct conversation with one another, connecting creative practices through shared faith around a common theme — the breath of God that inspirits all life. This collaboration is meant to reflect the holistic nature of God’s created order, the unity of the Spirit that we share in Christ and the profound character of biblical truth.

The performance will occupy the interior and exterior spaces of Calvary Chapel, allowing an exchange that resonates from one location to another, shifting the perspective of the piece from idea to embodiment and thus broadening conversation.  The event is hosted by Conservatory of Music, Department of Art, School of Fine Arts and Communication, and Torrey Honors Institute

Leo Altino began his musical studies at the age of six and was the youngest winner at the Jovens Concertistas Brasileiros, which led to performances with every major orchestra in his home country. Praised by the Strad Magazine for his “exceptional musical intelligence and an exceptionally cultivated sound,” Leonardo won the first prize at the International Cello Competition in Viña Del Mar, and has since appeared as soloist and in recitals throughout the world. He is currently an Associate Lecturer of Music at Wheaton College in Chicago.

Danielle E. Carr is a poet and writer. Her work has appeared in ArtAscent and FULLER Magazine. She has a Master of Fine Arts in Creative Writing from Mount Saint Mary’s University, Los Angeles, and a Master of Arts in Theology and Ministry with an emphasis in Worship, Theology and the Arts from Fuller Theological Seminary.

Daniel Chang uses the tools and language of design to construct a platform, which accommodates varying modes of communication that are manifested through designed artifacts, crafted objects and social interactions. He has worked with The New York Times, TIME magazine, Random House, Chronicle Books, MOCA and Columbia University. His work has been published in a collected volume by Taschen and has also appeared in annuals from Communication Arts, American Illustration, The Society of Illustrators and the AIGA. He is an associate professor of art and heads the Design Concentration at Biola University.

Chris Davidson’s poems have appeared in several publications, including Zocalo Public Square, Zyzzyva, Green Mountains Review, Spoon River Poetry Review, the anthologies Orange County: A Literary Field Guide and Monster Verse: Poems Human and Inhuman; and a chapbook, Poems. A fellow at the Los Angeles Institute for the Humanities, he is an associate professor of English at Biola University.

Li-Shan Hung has been praised by The New York Concert Review as "truly extraordinary...inexhaustible variety of touch...breathtaking." As a winner of the Artists International she made her New York recital debut at Carnegie Hall’s Weill Recital Hall in 2003 to great acclaim, which led to a return in 2005. Hung is an active soloist and a chamber musician, and has appeared throughout North America, Europe, and Asia in such venues as Salle Gaveau in Paris, Cultural Center in Munich, Rachmaninoff Hall in Moscow, Sejong Cultural Arts Center in Seoul, Korea, and National Concert Hall in Taipei, Taiwan. She now serves as professor of piano and the keyboard area coordinator at Biola University.

Elizabeth Ann Larson began violin at the age of three, and since first soloing with the Milwaukee Symphony at age seven and the Boston Pops at age 11, she has gone on to perform internationally as a renowned soloist and chamber musician. Her tours have brought her to four continents throughout the United States, Europe, Africa, and Asia, and to the concert venues of Carnegie Hall in New York and the Kennedy Center in Washington, D.C. The Boston Globe has praised her playing as having “great charm and refinement...and capable of breathtaking virtuosity.” She is the associate professor of Violin and Chamber Music, and area coordinator of the Strings Department at Biola University.